Looking for information about Gold Rush: The Game? You’re in the right place!
Important news and links below. 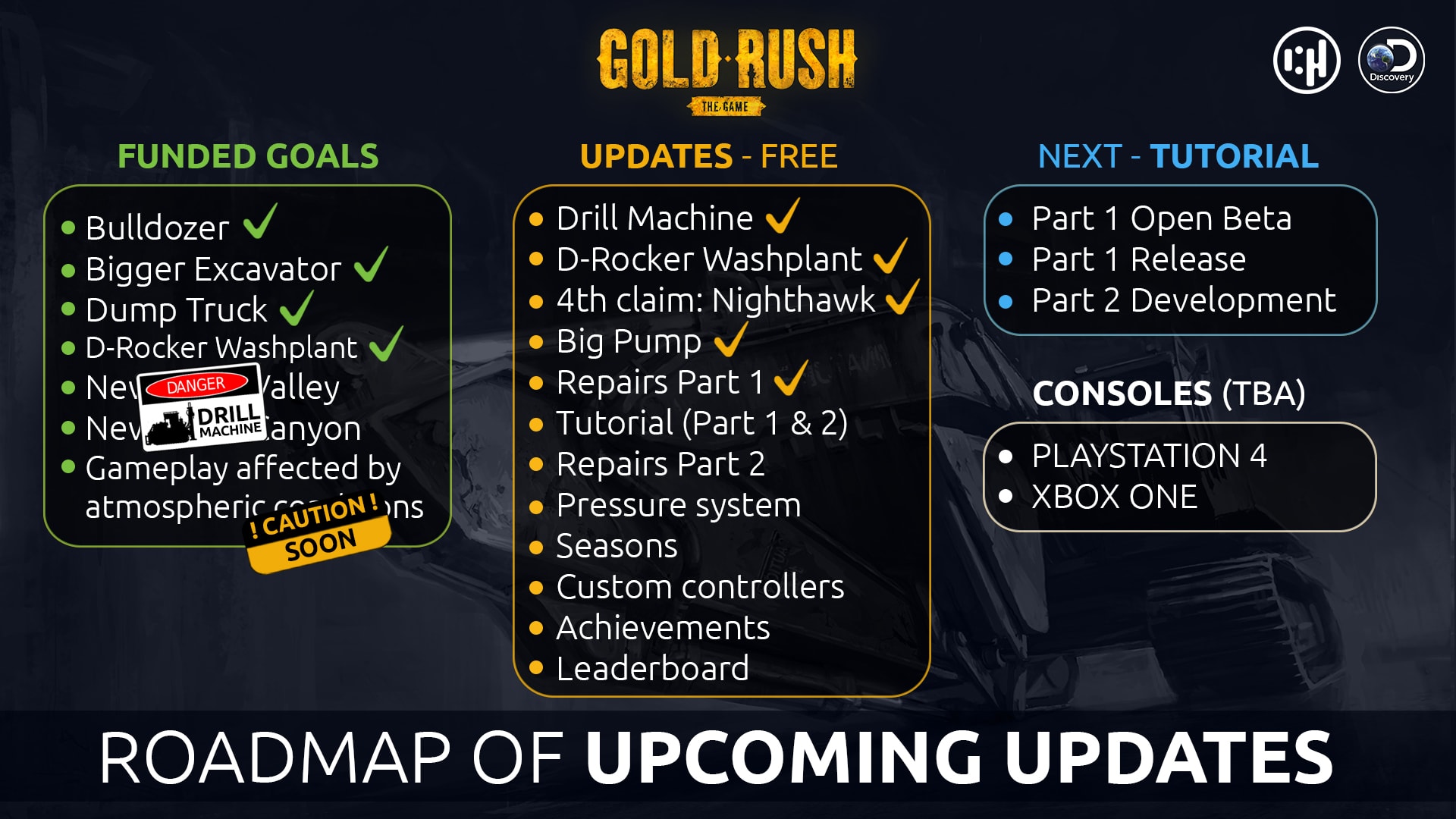 We’re currently in talks with console publishers to bring Gold Rush: The Game to PS4 and Xbox One. Once we have a solid release date set, we’ll definitely announce it on our channels!

We’re working on tutorials for new players. We have received feedback, that the beginnings are quite tough for rookie miners. Tutorials are the next step (after the updates to the Journal and the DigTube) to give everyone a proper head start.
You can expect an Open Beta update (this formula has proven to be really effective) followed by the live update. More information in coming days.

Why is the Drill Machine in Kickstarter Tab, if it hasn’t been funded?
Find out here.

You have Successfully Subscribed!

You can change your mind at any time and unsubscribe by clicking the unsubscribe link in the footer of any email you receive from our company - Code Horizon.

We use cookies to ensure that we give you the best experience on our website. If you continue to use this site we will assume that you are happy with it.OkRead more